Reading Football Club is among the most loved teams in the Berkshire area at the moment and they have developed quite a following. The football club was formed in 1871 and is currently playing at the Madejski Stadium in Reading, Berkshire.

Their fans must be really pleased right now, as the team has had two consecutive wins in the Championship in just four days. 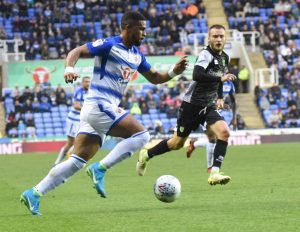 After a rather lacklustre start to the campaign, Reading FC managed to beat off both Nottingham Forest and Derby County, which helped restore confidence among supporters.

On Tuesday, October 31st, the Royals, as they are also called, won 3-1 over Nottingham Forest. This was the team’s fourth win of the season. The fifth win came shortly after, on Saturday’s Championship clash when the Royals met Derby County.

Thanks to goals from Liam Moore, Sone Aluko, Roy Beerens and Mo Barrow, Reading FC defeated Derby County 4-2 at Pride Park Stadium. Johnny Russell and Chris Martin scored for the hosts afterwards, but didn’t manage to daunt the Royals, who looked more in control during the match.

The Royals are now on the 18th place in the league table, having gained 18 points after 15 games. And with the international break nearing its end soon, Reading FC’s players are getting ready for their next league fixture.

They will be facing Championship league leaders Wolves at Madejski Stadium on Saturday in what they expect to be the toughest game of the season so far.

Considering that the transfer window is almost around the corner, Reading FC manager Jaap Stam has spoken a little about the club’s plans for January. It seems that the team is in need of a striker and a defender, so these positions are at the top of Stam’s wishlist, and he is already looking at potential targets.